Aimee & Alan brought us out to San Miguel de Allende for their wedding weekend and what a joyous occasion it was! We started with their welcome party on the Rosewood Hotel rooftop, overlooking all of San Miguel as the sun was setting. There were margaritas, guac, all the vivid colors of San Miguel & so much laughter and hugs. The next day they had their rehearsal, where they did the traditional San Miguel wedding parade through the streets. It is one of my favorite things to photograph, the energy is so high and your roaming the streets backwards while everyone’s dancing and cheering and there’s a live mariachi band. It’s the best. I hope you can feel the energy from the images.

Their wedding day was so very special. It was emotional, and loving. There was rain in the forecast all day and it ended up raining right after the ceremony; they exited the aisle and almost immediately it started thundering and pouring. So we all huddled under the awning with umbrellas, Aimee & Alan still kissing and laughing and the groomsmen running up to grab as many margs as they could hold for everyone huddled under the awning. When the rain ended and after pictures, we went in to their starry reception and they had the most epic dance party. 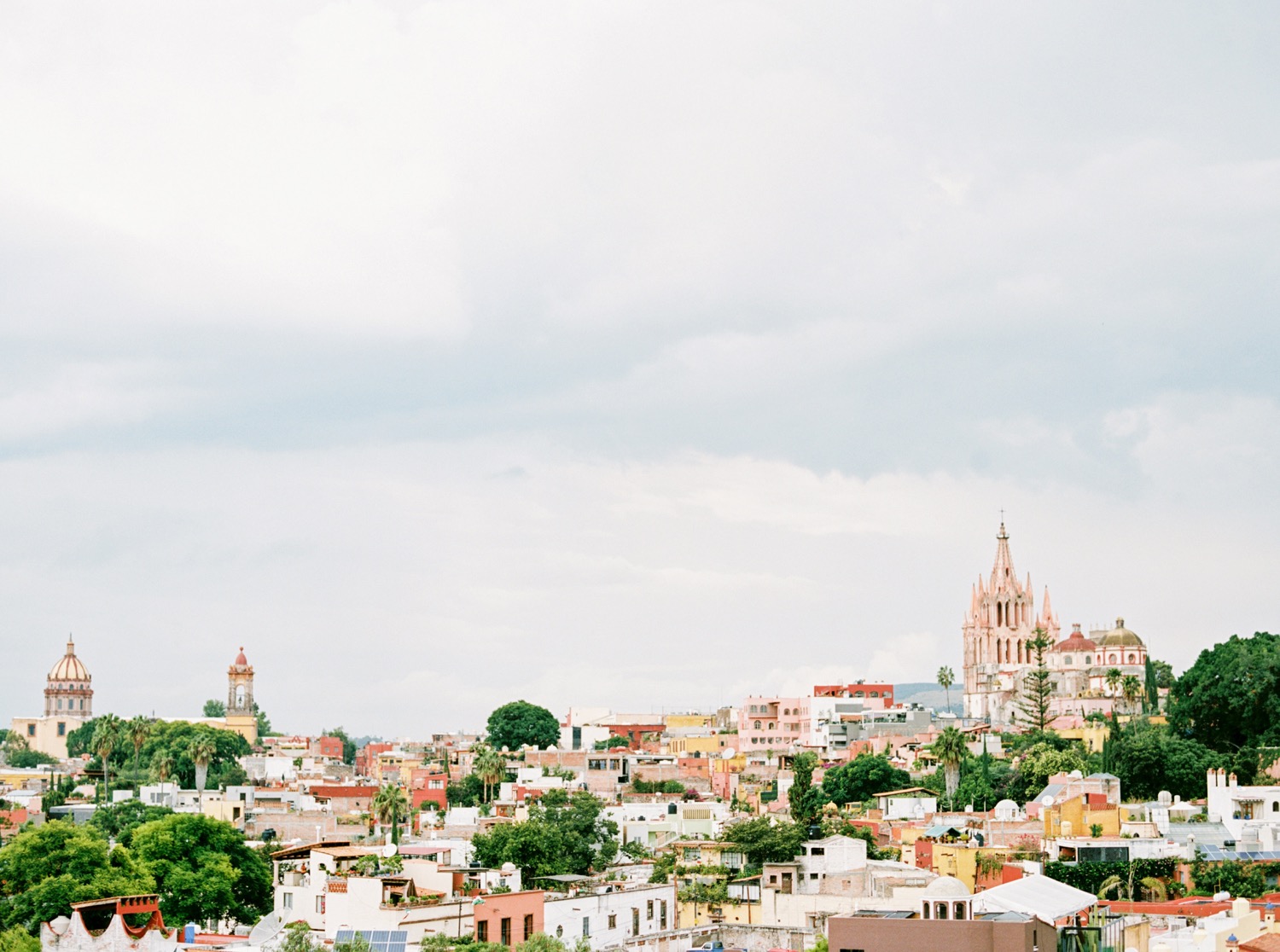